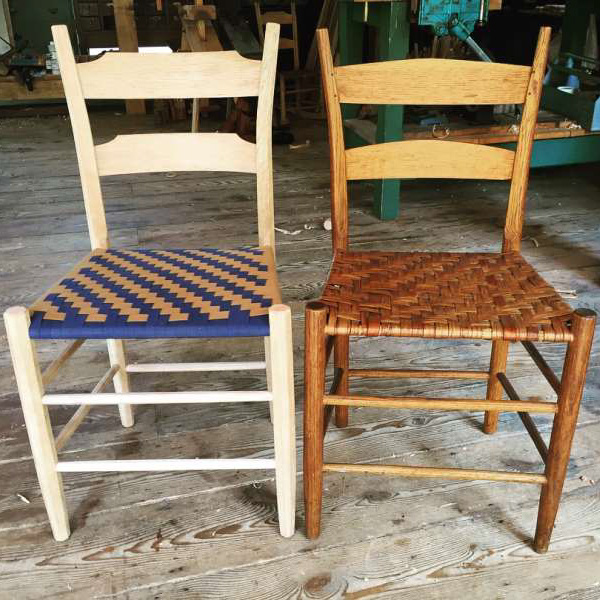 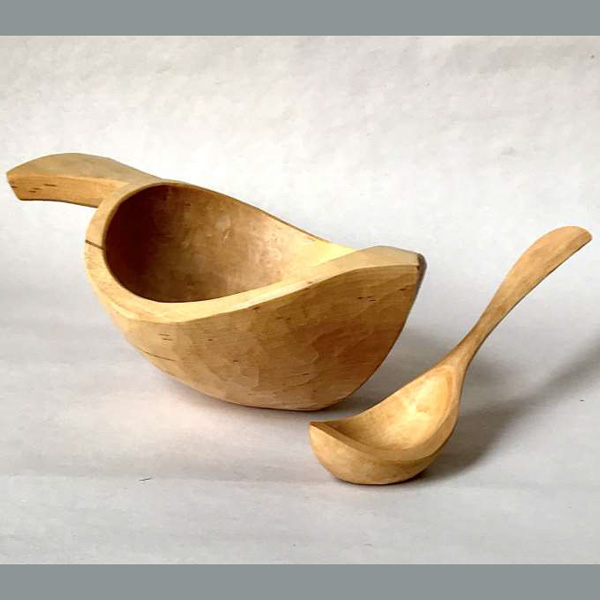 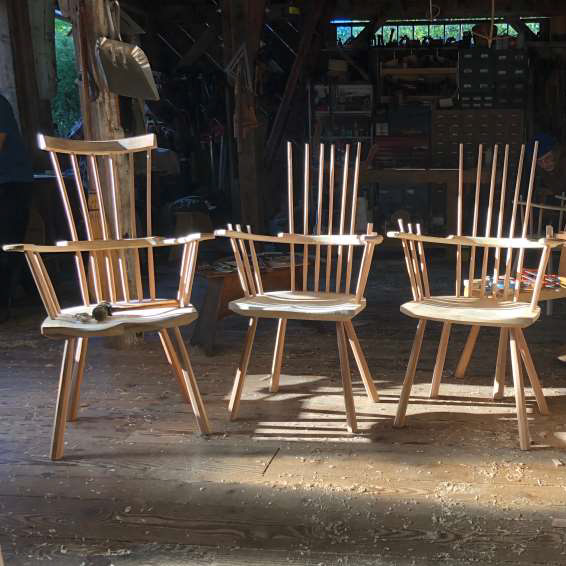 Kenneth Kortemeier (Bristol, ME)
Kenneth began woodworking in 1986 at the Atlanta College of Art, where he studied wood sculpture and earned his BFA. After graduation he actively sought out apprenticeships with master craftspeople who could expand his knowledge of traditional skills and hand tool woodworking. In 1995 Kenneth was the summer intern at Country Workshops, a traditional woodworking school in Western NC. In 1997 he was an apprentice at The Carpenter’s Boat Shop in Pemaquid, ME. In the winter of 1997-98 he was an apprentice with the late Welsh chair maker John Brown.
Kenneth began to teach wood working starting in 1999. From 1999 to 2003 he served as the wood shop technician at the Atlanta College of Art, facilitating the use of the wood shop and sculpture department for art students there. Then in the fall of 2003 he and his wife Angela moved to Maine where Kenneth began a decade of teaching traditional wooden boat building and furniture making at the Carpenter’s Boat Shop.
After three years as a contractor doing restoration carpentry and timber framing in mid coast Maine, Kenneth circled back to North Carolina in 2016 in order to teach alongside Drew Langsner, co-founder of Country Workshops. Drew and his wife Louise had decided to retire after 40 years of teaching green woodworking. As a result, and as a perpetuation of their teaching and based on the model of Country Workshops, Kenneth and Angela founded the Maine Coast Craft School in 2017. With the endorsement of the Langsners the craft school had a strong lineage and a healthy start. Kenneth and Angela are currently heading into their fourth season of classes in hand tool oriented green wood woodworking at their off-the-grid school in Bristol, Maine.
“Will is a very active and engaged student of craft, seeking out opportunities where he can. He works as a carpenter now and I know he is making the best of it, learning what he can from the work and from others he works with. I think this will be an excellent opportunity for him.” – Kenneth Kortemeier

Will Wheeler (Portland, ME)
Will graduated from the Preservation Carpentry program at the North Bennet Street School in 2015 and has been studying woodworking since then, through spoon carving, chair-making, and his work as a carpenter. He lives in Portland with his wife, Hannah, and their dog, Juno.
“Through the apprenticeship I hope to develop a deeper understanding of the traditional methods used to make wooden chairs. I want to enrich my knowledge of trees native to Maine that are used for chair parts and the hand tools used to harvest, process, shape, and join those materials. I also want to develop sensitivity to the way my body interacts with those tools and materials throughout the process of building chairs.” – Will Wheeler