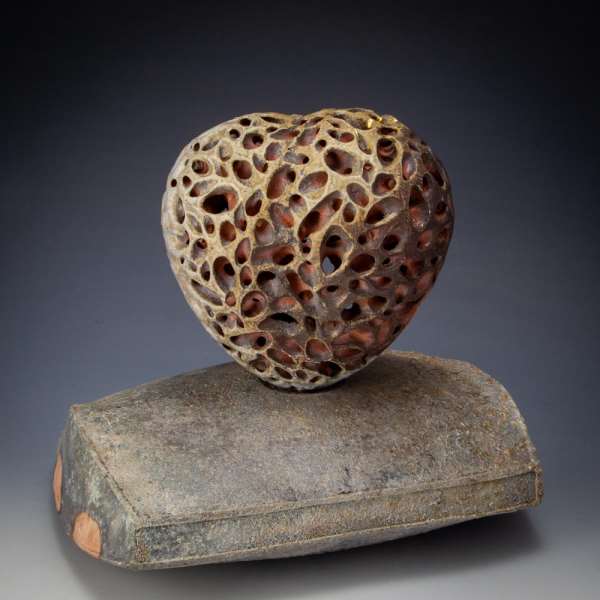 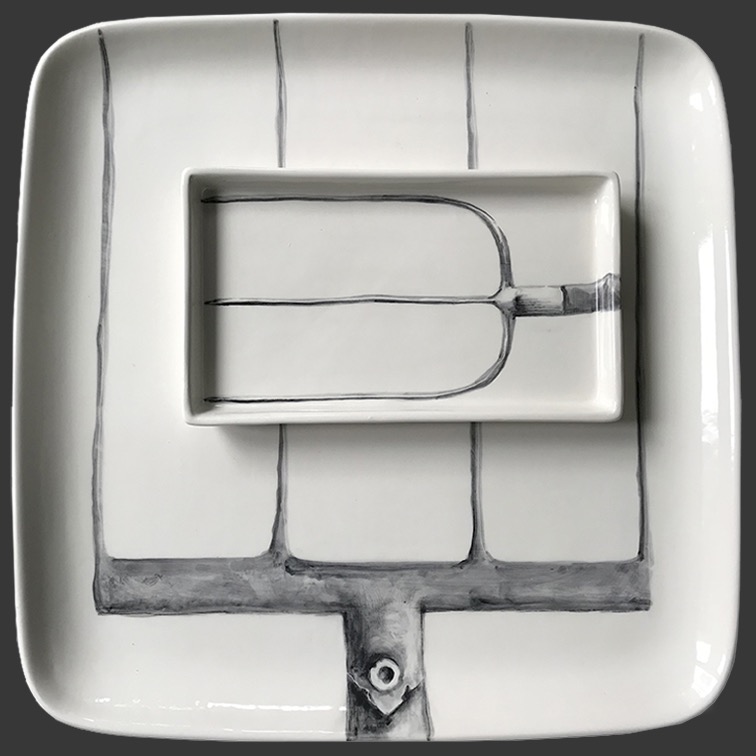 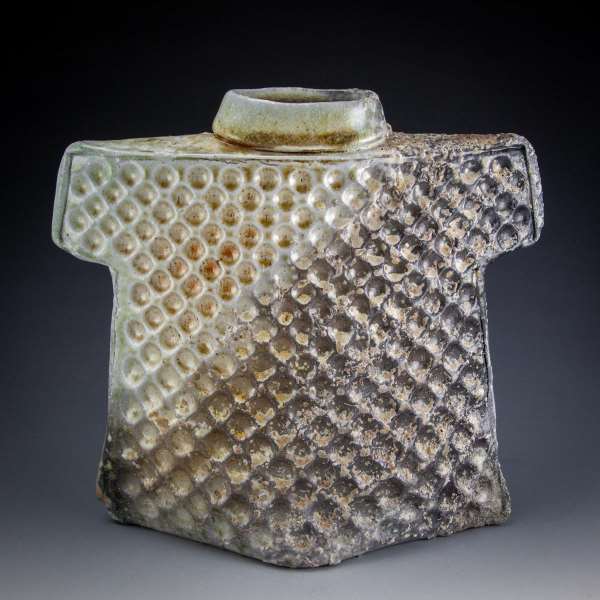 This ceramic-based apprenticeship will focus on slab building, glaze techniques and surface decoration. Apprentice artist Jennifer Connor seeks to expand her current craft techniques and artistic sensibilities to include one of a kind installations. Mentor Siem Van Der Ven is uniquely positioned to support her goals to advance her ceramic skills in slab construction for standing sculpture, wall pieces and small functional wares using a slab roller. They will work together to achieve her goal to integrate her current surface design with new learned techniques such as carving, resist work and stenciling, and developing basic glaze theory through practical applications of new glazing techniques. Siem and Jennifer spend 100 hours of one-on-one guidance, reflection and training in Siem’s Lincolnville studio, just down the road from Jennifer.

Siem follows these threads through his life: making things, cooking, drawing, sailing, teaching, being a father (the very best work he’s been a part of). Siem has never let go of the stage in which he learns from my fingertips inward.
His undergraduate degree is in printmaking with a minor in sculpture. He worked as a goldsmith and carpenter/builder before becoming an award winning high school art teacher. Seventeen years in the classroom were interrupted only by a year-long sabbatical in the south of France, where he worked in Atelier Buffile and studied painting and critical theory at the Marchutz School. Later, while still teaching, he earned an MFA with a concentration in ceramics and drawing.
Siem taught as an adjunct professor at University of Maine Augusta, U-Rock, and Unity College and has facilitated numerous workshops. He has been a resident artist at Anderson Ranch, Watershed Center for the Ceramic Arts, and Haystack Mountain School of Crafts.
As an artist, his work has won awards in several national juried competitions. It is held in both private and public collections including the San Angelo Museum of Fine Arts, the Canton Museum of Fine Arts, and Harrisburg Community College.
Currently, Siem lives and works in Lincolnville Center, Maine with his wife Kate Braestrup. They share loving six grown children.

“My assets lie in technical skill and experience, material knowledge, education, and critical theory. I don’t, however, have a great deal of confidence in my business acumen. I hope Jen might be able to point out a thing or two to help me with this facet of what I do.“ – Siem van der Ven

Jennifer Connor  (Belfast, ME)
Jennifer has fought with the right brain / left brain dichotomy all of her working life. Both sides seem to be equally engaged, which often leaves her feeling like the ball at a Chinese ping pong match. While the left side spawned an early career in banking (VP of Operations), the right side insisted that she leave financial security to open a retail shop where she sold what she, and a host of others, created – an endeavor which, for several years, was the sole support of her family. (The left side did help with the administrative tasks).
The left side then gave a huge push, and in her 50’s it was off to Smith College to secure an undergraduate degree in Education. Not to be overlooked, the right side made sure that Jennifer walked through the Art department daily and the smells of the art making chemicals put the left side in a deep coma allowing Jennifer to submit her portfolio and switch her major to Art. She was awarded the Tyron Prize by the Smith Museum of Art for her installation “Trilogy”.
After graduation, lefty insisted that student loans be paid so Jennifer became Managing Director of a Federal 21st Century Grant, overseeing a 2-million-dollar budget, to provide after school programming for seven schools. But two years later art called AGAIN……..
This time as Artistic Director for Journey East, a one semester public school performing arts exchange with The Arts University of Inner Mongolia. Jennifer guided public high school students as they created an original theater piece to be performed on a one-month tour across China culminating in collaborative work with Mongolian students. Jennifer served as Artistic Director on 4 journeys.
An Aha! moment occurred when Jennifer was creating an installation using vintage pitchforks. Realizing that she was drawn to the shape of the tool, she illustrated one on a platter using only black underglaze. Jennie Blue Ceramics was born.

“Siem’s web presence and several visits to his studio made it clear to me that he is an exceptional craftsperson and artist, but with his questions and responses to mine, it became evident that he is a teacher, which is critical to the mentor/mentee relationship. He challenged my ideas causing me to consider additional materials and techniques that will support the skill set I am hoping to build upon. The excitement of this exchange of ideas left no doubt that we will be a successful team.” – Jennifer Connor